Car alternator used with a water wheel or wind turbine

Given that alternators are plentiful, have a regulated output what are the practical considerations of using on of them as part of a water wheel or wind generator for eletricity generation?  My thoughts are to use a switch to charge up lead acid batteries and an invertor to give me my mains supply.  We have a small stream to the rear and a larger stream/small fast flowing river about 50 metres from our house.  I would gear up the water wheel to get a high enough rpm for the alternator.

Thoughts and considerations would be welcomed.

Yes it will work. They need to be spinning 3500 RPM and have a charged battery attached to work. Not really the best choice, but they will work.

3500 RPM’s ? Just did the math on the single pole altenater used on my ’49 Super A 12volt converted garden toy and it produces juice at half that. Not alot, but enough to keep’er goin’

Yes it will work. They need to be spinning 3500 RPM and have a charged battery attached to work. Not really the best choice, but they will work.

3500 RPM seems awfully high. Most vehicles when idling will idle at less than 1000 RPM and the alternator will charge the battery.

I have been thinking of building a system myself with an extra 100 amp alternator that I have had sitting my garage for a while. I guess I need to just do it to see how it works.

edit: now that I think about it the pulley for the alternator is smaller than the drive pulley and therefore will turn faster. If the ratios of diameters are about 3 to 1 then maybe 3500 is not so far off. I guess I need to look into it.

A water wheel can certainly generate enough power to run an alternator. The main problem is the difference in speed between the two. As Tycer points out, an alternator must be driven at about 3600 rev/min to generate full output, which will be approximately 360 watts (12 volt DC x 30 amperes.) A water wheel will run very slowly- probably less than 60 rev/min, so a step up in speed to 3600 rev.min is required. This requires a gearbox, chain or belt drive with a 3600/60 = 60:1 ratio.

Since step-up gearboxes tend to be very inefficent, and very large diameter v-belt pulleys are hard to find, I would recommend a chain drive. This implies a 60:1 ratio of sprocket diameters. The smallest practical sprocket diameter is about 1″, so a single stage drive would require a 5 ft diameter sprocket on the water wheel.

Bicycle chainwheel / rear sprocket combinations are readily available with 4:1 ratios. You need to do more research to see if bicycle chain will stand up to the speed at the alternator end and the tension at the waterwheel, both of which exceed what is normally seen on a bike.

As you can see this is not trivial. By the time you are through paying a machine shop to build a suitable chain assembly, you might be better off to buy something already designed and built by these guys: http://www.utilityfree.com/hydro/

I bought a car alternator from a local rebuilder (of alternators).

Another source – the local scrap metal place.  I’ve gotten to know them over a ten year period (including when they were paying 10 cents a pound for scrap steel in 2011.)

At this point I don’t have that much scrap.  Usually I donate the metal and to give the money to “Cyrus” (the senior guy whose been the most helpful) and the other guy that work in “non-ferrous”.

They save generator quality motors for me, and also motors with gearing, for other applications.  AC & DC.

One motor that works very well in reverse, is a Leili Treadmill motor.

This is one of the motors that is used in a Nordic Track.

The reason I went overboard on these, is ==> THE BEARINGS.

Awesome bearings.  I used to do a lot of bicycle repair, where you’re always tweaking bearing pars to get the best smoothest “Feel” on the bearings.

These motors have that feel on the bearings.

I have a creek that occasionally acts like a river.  That’s what I was planning to use as the power source.

Of course, the alternator is just part of the system.

The GEARING is super important.

2 places I can suggest for that:

I expect the creek will give me, at best, 1 revolution per second, 60 rpm.

But the motor needs 3000 rpm, officially.

How much it outputs into a load … something I will just have to test.

I am not trying to generate electricity for electronics use; it’s for heating.

Electricity for heating does not need to be pristine 115VAC, or regulated – it just needs to be safe, and effective. 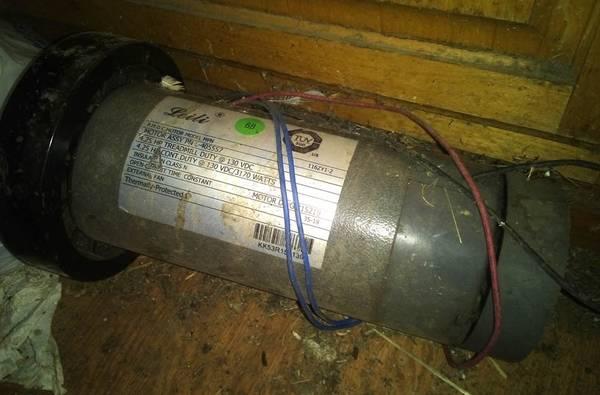 I built an electric 30′ sternwheel paddle boat years ago that could go anywhere on the willamette. I would park out in the river and switch to regen and could generate about 1.5 to 2 amps @ 72v. Problem was after about an hour the controller would get too hot to continue. I considered setting up a dedicated generating system separate from the drive but never got around to it. 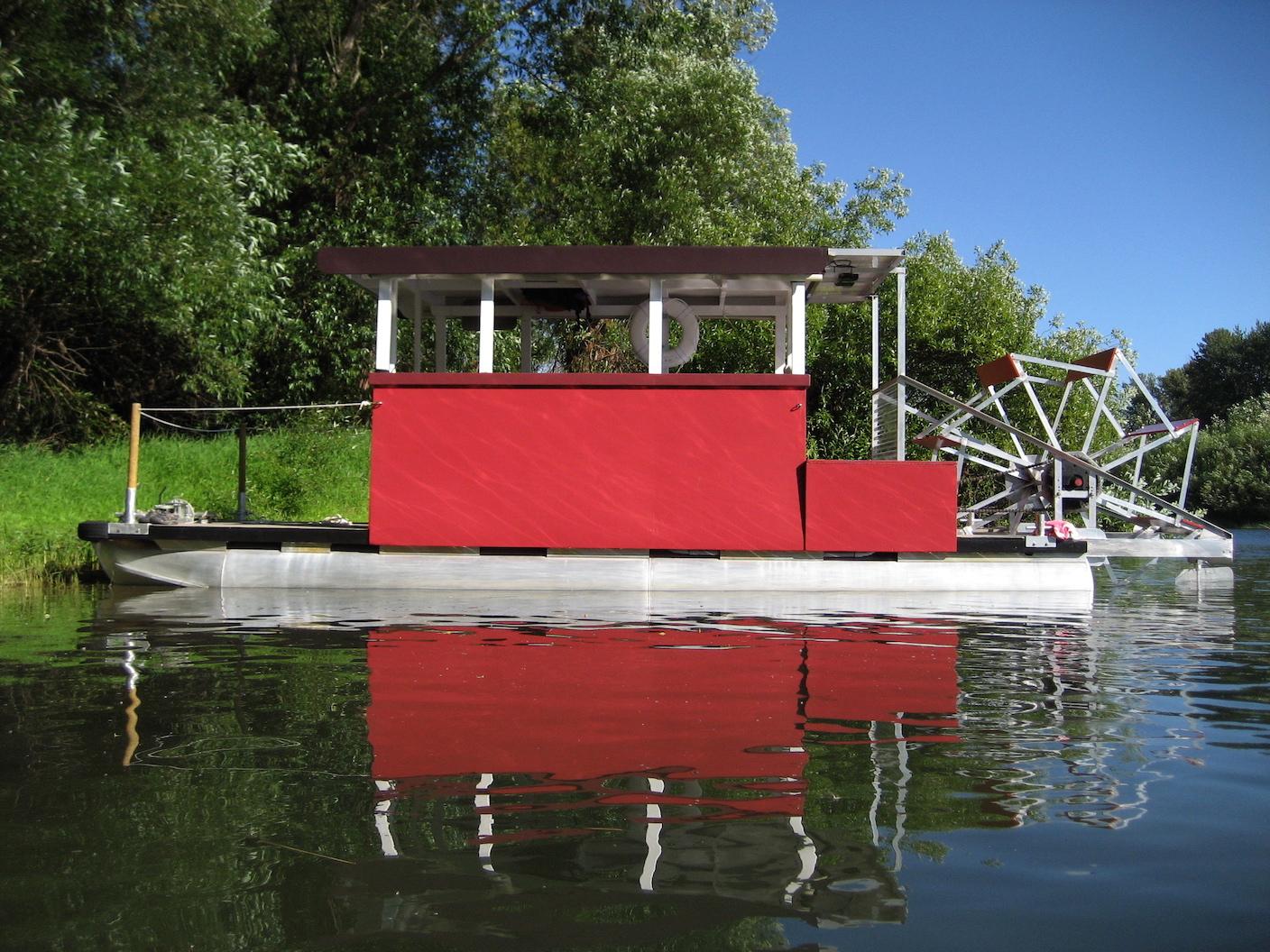 What I would do if I were you is locate a spot on the river or stream at the highest point of your property. Put a 2″ pvc pipe in the water with a screen box filter and run it down to a low point on the property. The difference in the height of inlet to outlet is called head and if it is enough differential you can get some serious water pressure coming out of the outlet. This is where you put your generating system but still you will only be able to get maybe 1000 rpm so you need to modify the alternator or get a dedicated electric motor designed for the task ($200 to $400).

Here is a site with lots of good info;

Wind and water gen is very similar. You build an enclosed box for the paddle wheel with the motor on the outside in another box for waterproof electrics.

I would be happy to talk more if you wish.

I have 3 solar setups and a wind turbine but no water gen at this time.

Not only car alternators need to spin at least at idle speed, usually about 800 rpm to make any significant output, thus needing gearing to speed it up.

Its windings always consume electricity, even if they aren’t spinning. So you’ll need a battery or solar cell to power it.

A better alternative to alternators ( which use power to create the magnetic field in the rotor ) is the motor out of Fisher and Paykel smart drive washing machines.

They have a permanent magnet rotor, generate at low RPM and can be used for direct drive wind turbines.

I remember plenty of web pages on them