Can You Feed Your Family With Aquaponics?

I recently started subscribing to Murray Hallam’s blog (it’s free by the way).  He just posted a new aquaponics design, which he terms CHOP, mark 2 and which you can read about in his blog.  I am already considering implementing it in my system and recommend that anyone considering an AP system give this design some consideration as the advantages are important.

Speaking of which, I finally got my system up and running up last weekend.  If you want to check it out, and follow my trials and tribulations, go to Farmer Brown’s Aquaponics.   I have my set up at a farm and I only go there on weekends, but so far (according to my caretaker), it seems to be working.  I’m so excited about this whole thing, I’m already thinking of the next  two systems I want to build!

DTM, and anyone else worried about pumps and fittings and complications – it’s not at all that complicated or finicky.  I highly recommend it.  It looks daunting at first, just like 3rd grade math did at one point.  You will quickly get over it!

Thanks JAG for turning me on to this stuff!

Speaking of which, I finally got my system up and running up last weekend.  If you want to check it out, and follow my trials and tribulations, go to Farmer Brown’s Aquaponics.

Thanks for the link Farmer Brown.  I reviewed your site and I’m very impressed with how much you accomplished so quickly.  I look forward to following your progress.  You are a real man of action.

Farmer Brown, thanks for sharing what you are learning!  Well done!

Farmer Brown, thanks for sharing what you are learning!  Well done!

As a guy that dreams of someday getting in the AP game, my hat is off as well!

Thanks to everyone for sharing your experiences in such detail. Aside from the problem of power and parts backup, it is the kind of elegantly simple solution that we will need more of in the future.

FYI, I ran across an organization in Florida that teaches courses on aquaponics…everything from one-day basics to twelve-week intensive courses on how to set up large systems in developing countries. They also include instruction on using solar energy.  While I like the idea of having a small system at my home, the greater potential seems to be creating larger community aquaponics systems, especially in urban areas.

I recently ordered the two print manuals they offer, will report back on their usefulness after I receive them.

Bumped due to the super coolness factor alone.

Imagine if you had a water wheel pump system running off a small creek that did all the circulation for you, no electricity needed. I have such a creek, and chickens to add the ground eggshells to the media…just looks like I might need some source of fish food and chelated iron?

Many of our community site members have pointed out that we need some basic rules-of-thumb for aquaponic gardening.  Why?  Because they will help the beginners among us get started without needing to spend weeks researching what to do.

I’ve had the distinct honor of collaborating with Dr. Wilson Lennard from Australia on the guidelines that follow below.  Dr. Lennard has earned one of the few PhDs in aquaponics in the world.  These guidelines have also been reviewed and endorsed by Murray Hallam of Practical Aquaponics, and the “Aquaponics Made Easy” and “Aquaponics Secrets” videos, and TCLynx and Kobus from this community site.

Nothing we say below is set in stone and there are exceptions to almost every one of the listed rules-of-thumb given certain conditions. However, they do offer a set of generally accepted principles that, if adhered to, will put you on the path towards successful aquaponic gardening.

Please see Aquaponic Gardening Rules-of-Thumb for the meat of the article (unable to copy & paste)…..Jeff

One aspect of Aquaponics that I strongly disagree with is the crowding of fish into a small tank. This design has several disadvantages:

Nitrate levels accumulate to significant levels in large Koi ponds over time. As Koi ponds typically only have aquatic plants consuming these nitrates (if they have any plant component in their system at all), a partial water change is periodically required to control nitrate build-up in these systems. In an open-flow AP system, the nitrate laden water removed from the pond, as well as all the solids removed from the mechanical filtration system, could be harvested and used to grow plants. Another advantage of an open-flow system is that other sources of plant nutrients could be added to the waste water from the pond to aid plant growth, without having to worry about how these additions might affect the fish.

In a closed-flow (or recirculated) AP system, one could simply wait for the nitrate levels to rise to the desired level in the large pond (1-2 months) before initiating the circulation to the grow beds. Of course, this design implies that the pond has its own dedicated biofilter for the bacteria to convert the fish waste to nitrate. It would also require some form of mechanical filtration to remove solids from the pond water. But a well designed water feature (waterfall) could supply all the needed oxygen to a pond that has a sufficiently large volume of water and large surface area; thus eliminating or reducing the need for mechanical aeration. And the large volume of water would buffer changes in temperature and pH as well. A mechanical failure in this system would provide a much larger grace period for repairs.

But the best reason for a much larger fish tank/pond, is the fish would be able to move; an important requirement for the development muscle tissue. Fish stress from social interactions and water quality would be greatly diminished, and a happy fish is good eats.

This isn’t directly related to AP, but I was really impressed by the filtration system on this koi pond.


The aeration that the Bakki Shower design provides for biofiltration (nitrification) is excellent. I can imagine that this design could be used effectively within an AP system to improve conversion to nitrate and dissolved O2 levels in the system.

Here is an air-bubbler for aquariums that I ran across that might be useful in aquaponics, though you might need several of them for an AP system. 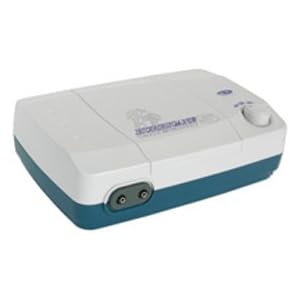