Has anyone else been following the rise of this variant in India? 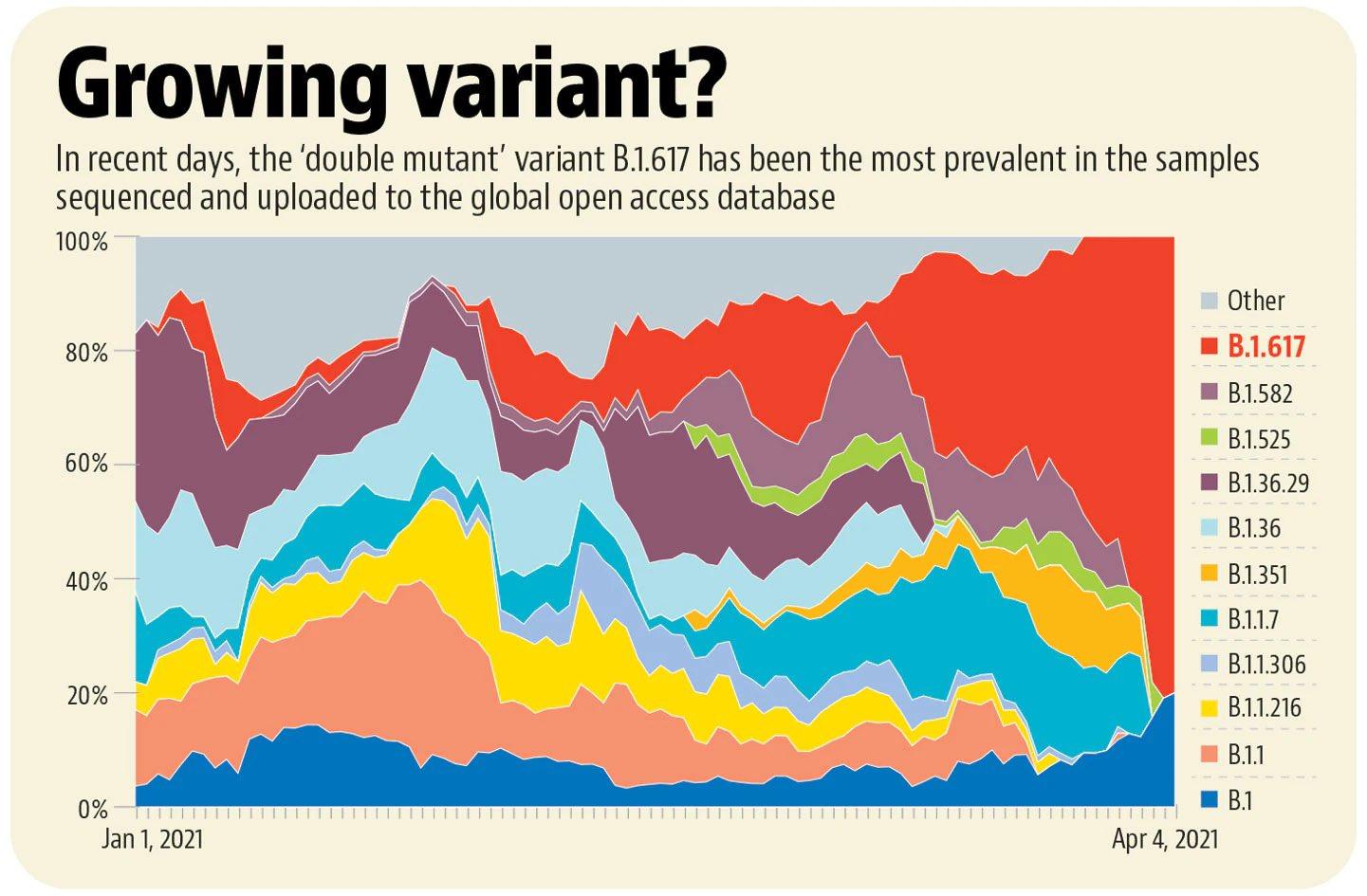 It’s been circulating in the Bay Area of the states and in the UK. The Bay Area in particular has been opening up all indoor activities and easing restrictions now that around %50 of residents are at least partially vaccinated.

L452R never exploded in the bay area like it did in other areas of California due to swift lockdown measures before the holidays, so there is likely a good amount of the population with immunity resting on the vaccines alone. It should be interesting to see if this variant crowds out the others and explodes like it is doing in India at the moment.

That twitter thread also mentions the variant has been associated with reinfections, but I can’t find any data to back that up.

Just looking at the numbers coming out of India over the past week seems to indicate this variant spreads quite easily and possibly not being stopped by vaccinations (I know India is vaccinating, just not sure how far they are along).

Another wave coming for this variant?

And if Dr Vanden Bossche is right, another variant after that, and so on?

Can we just use IVM instead of mass-vaccinations?

Thanks for that link! I am going to re-post it on the thread called A very dark view of mrna vaccines so we can keep that running commentary going and in one place so that info is easier to find. (no mean feat on PP these days without, ahem, the captain steering things…)

Forbes did a great writeup on it here: https://www.forbes.com/sites/williamhaseltine/2021/04/12/an-indian-sars-cov-2-variant-lands-in-california-more-danger-ahead/?sh=6ddd1e253b29 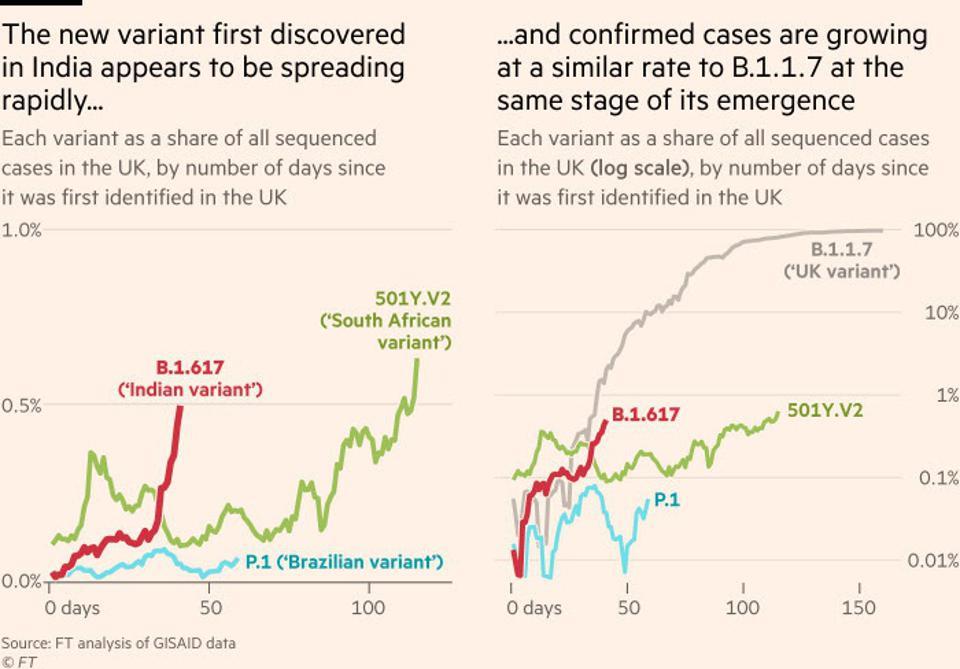 Hmm.  I kinda don’t see anything.  Maybe we’re talking about a different India?

Either that or – its not more deadly after all. 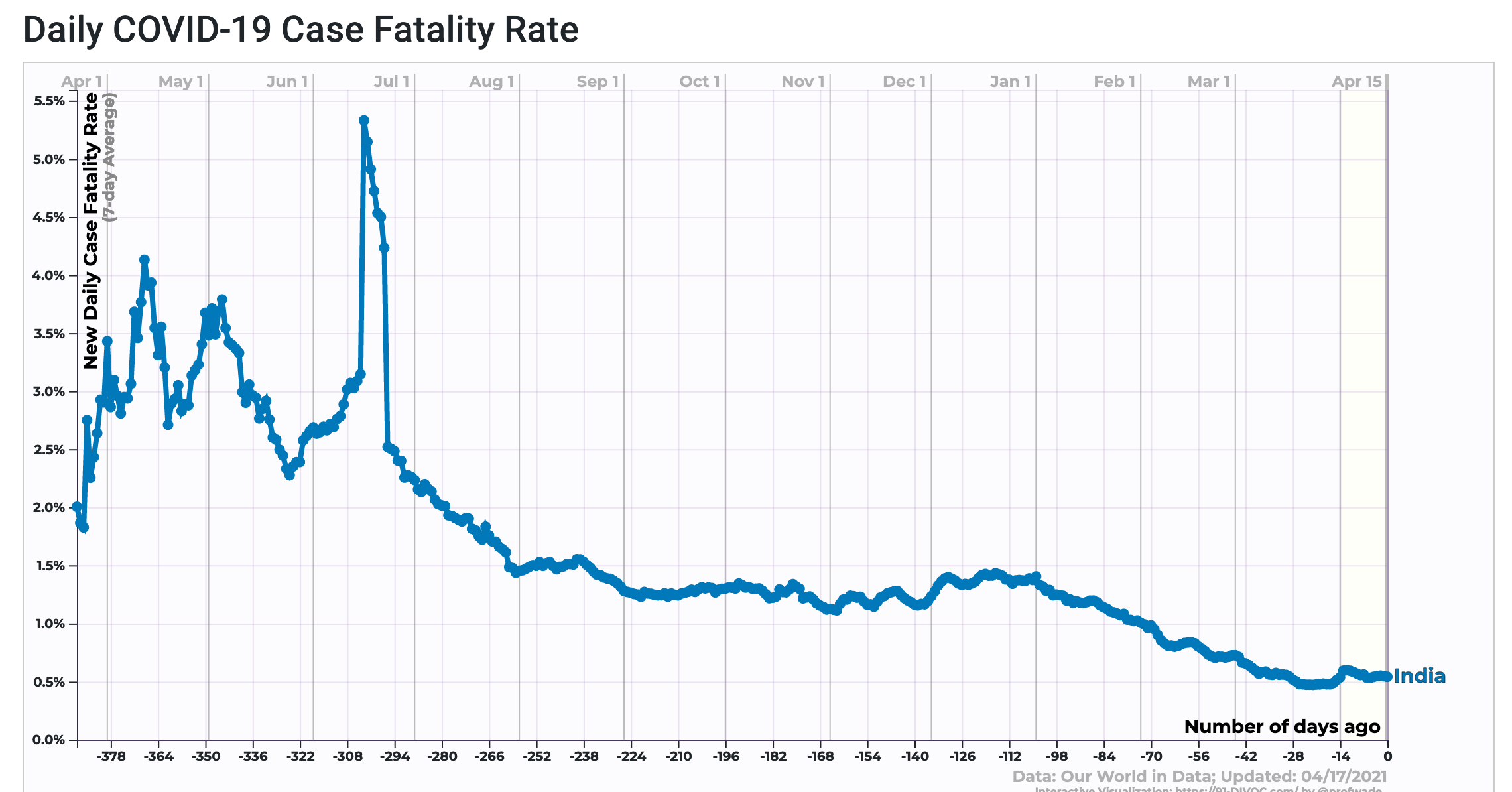 My guess is that DF is right, and that this is mostly fear-porn.

I just thought about the recent anecdote regarding double counting of positive cases (someone testing positive at doctor, being admitted to hospital, getting tested AGAIN. Both positive tests submitted to database).

If this happens a lot, it would also bring the CFR down. LOL. It’s all meaningless unless you care in charge of fudging the numbers. 🙂

What is seen on social media from boots on the ground in India paints a much different picture than the facts and figures released by the government.

MSM hasn’t picked up on this yet and I don’t see any fear-porn, quite the opposite actually as restrictions are all being lifted across California, even in the most lockdown friendly counties.

Uttar Pradesh has government mandated aggressive use of ivermectin for treatment. If someone is sick at home, they deliver it. They are showing the same increase in numbers, as far as I can see. I don’t know what this means exactly, if fatality rates are climbing too, or if it is too early to tell. Are treatments failing? What exactly is going on there?

Please check me on this. I may be misinterpreting something. If this particular variant is doing an end run around treatment, we need to know.

If anybody has family or friends in India, would love to hear any personal revelations from that part of the world.

Depends what you are looking at I guess.  No-one was suggesting things would be more deadly, and given the massive number of cases per day the CFR being lower isn’t a bit shock.

The MSM will make it sound like this “double-mutant highly transmissible variant” is the end of the world, so it is worth keeping an eye on mortality rather than case numbers.

I know India was using IVM broadly, so I am hoping to see the districts with its usage vs those which don’t use it show up as big differences in case counts and mortality.  Not that we need more evidence that IVM works!

I’m wondering if the case numbers for India are now just made up in an effort to discredit IVM. China made theirs up last year so why not.