Awaiting The US Presidential Election Outcome

Reading ‘Where the Wind Leads’ and it is apparent that after February 1973 the last of the half of the 500,000 US military in Viet Nam were gone with fewer than 10,000 advisers left.  In April 1975 Divisions of the NVA overran Saigon.  The Mekong Delta, south of Saigon, had up to this time minimal effects from the war.  There was no army occupation, but the VC revealed themselves and came to be in authority. Town meetings to tell the people they had nothing to fear and the government would only take what was fair.  The government would protect the minority populations.  And there would be peace.  The government then began inventories of business assets and families’ possessions.  These became more invasive.  For instance pulling plants out of planters and digging up ceramic tiles looking for valuables.  Families became informers on other families.  Businesses began declining as the economy suffered.  In September notices were given that Ag and other businesses were being “borrowed” with the governments own employees brought in to operate them.  Then homes were confiscated.  Former government officials and military officers were sent to reeducation camps.  Highly educated and skilled professionals many with no farming skills were sent to economic zones, which often were uncultivated or heavily treed to scratch an existence out of the land.

What does this have to do with our election?  Let me ask you: with one party now winning all the elections from here on out, will we see a one party system and will it be devoted to Marxist philosophies? 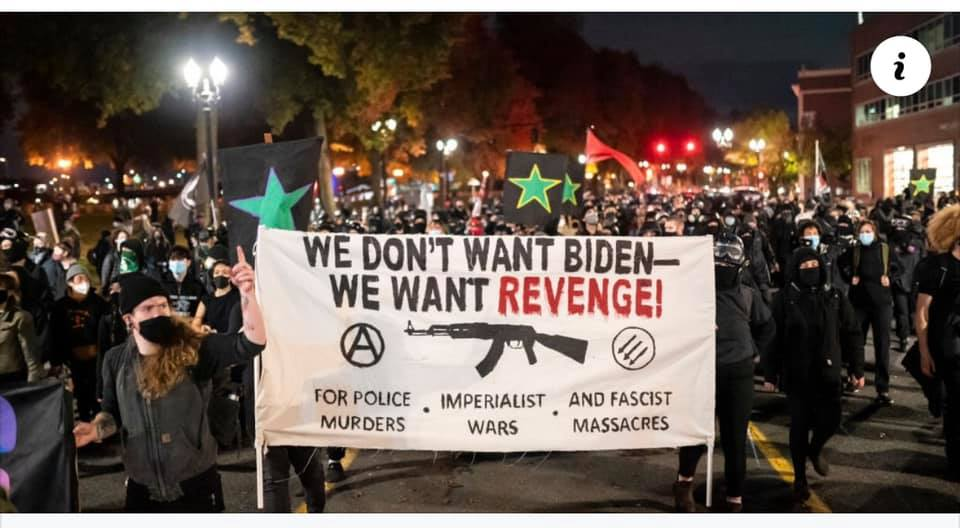 ^ The same people behind the funniest(/most fucked up) protest image ever seen: 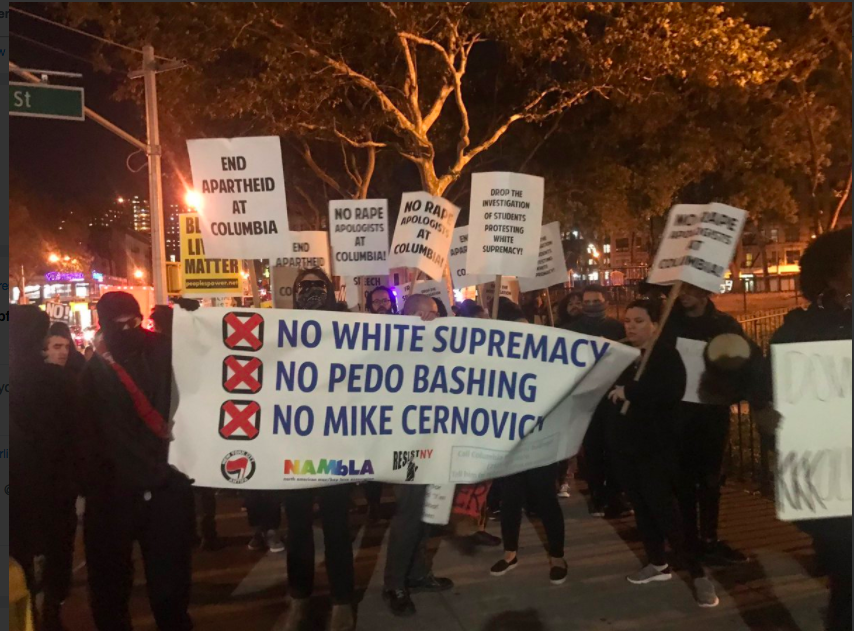 The heart of the matter is that this think tank gaming transcends both Red and Blue. It’s all about the Deep State’s end game.

There’s nothing like a massive psy ops embedded in a WWE-themed theater under the sign of Divide and Rule to pit mob vs. mob, with half of the mob rebelling against what it perceives as an illegitimate government. The 0.00001% comfortably surveys the not only metaphorical carnage from above.

Even as the Deep State, using its Blue minions, would never have allowed codename Buffoon to prevail, again, domestic Divide and Rule might be seen as the least disastrous outcome for the world at large.

A civil war context in theory distracts the Deep State from bombing more Global South latitudes into the dystopian “democracy” charade it is now enacting.

And yet a domestic Empire of Chaos gridlock may well encourage more foreign adventures as a necessary diversion to tie the room together.

And that’s the beauty of the Blue gaming exercise: the House wins, one way or another.