And Up is Down and Black is White too… 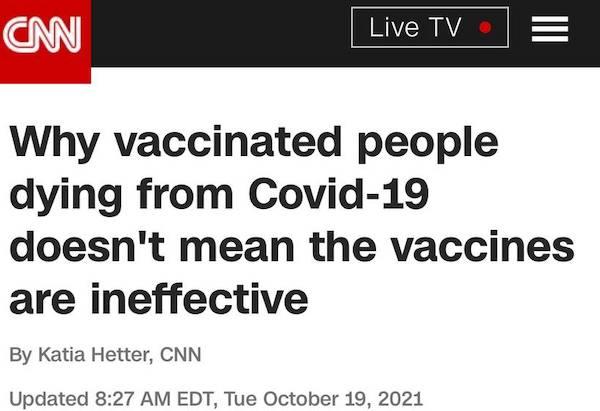 They must laugh, privately, at their audience. They must be thinking that they cant believe they are getting away with it, and at this point, they are just saying the most absurd and ridiculous things just to see how far they can push it.

of course the statement cant be disproven-   Its the fucking amount of vaccinated people dying that relates to ineffectiveness – not that a single vaccinated person died.

So, the reason for the article , is because of all the people that are dying after vaxxing. They need to defend it – The mere necessity to try to convince people of this shows its bullshit –  So anyone using this as argument , either is out-right lying, being deceptive, or fooling only themselves..

CNN Tonight brought to you by . . . Pfizer @ 17 seconds into the video entitled Pfizer sponsors everything in the propaganda media. 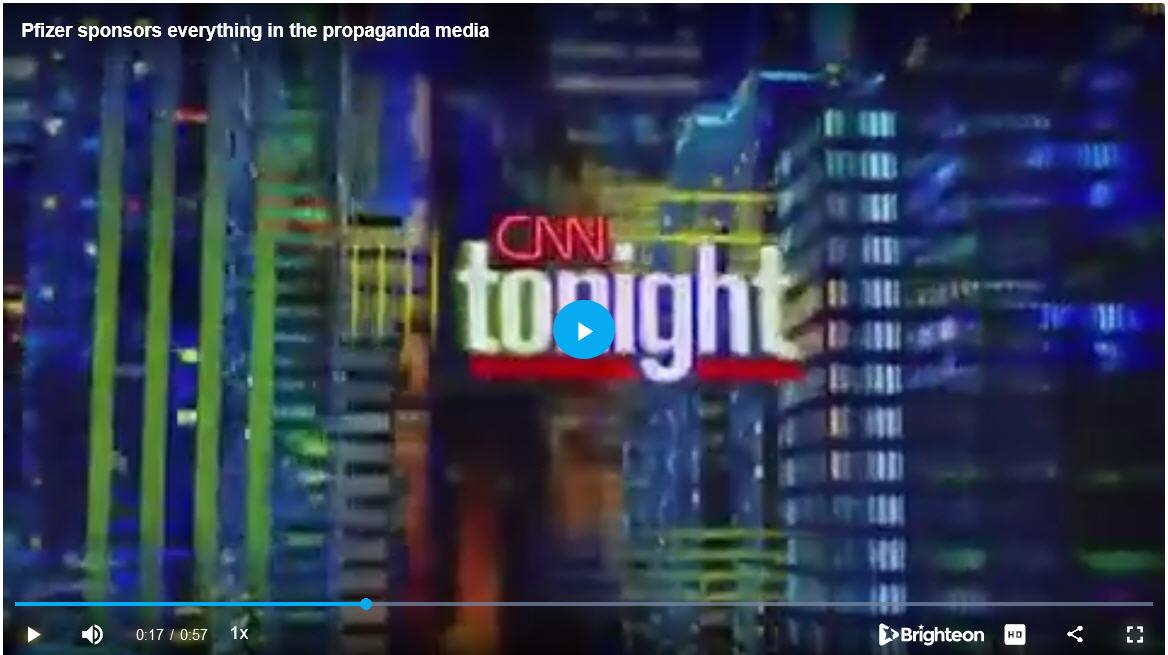 Now you know why Up is Down and Black is White too.

TPTB are trying to solve the pension crisis and (supposedly) the climate crisis, at the same time, by depop. The only problem the elites have with the “vaccines” is that the deaths it causes were *supposed to be* indistinguishable from deaths caused by the virus. The ‘final solution’ they intended to cause was significant ADE, whereby each round of mass vax would cause a spike in deaths. Those deaths would be blamed on a new variant, that then would be used justify the next booster.

Someone in the biotech lab screwed up: too many young people with heart problems, PEs, and strokes. Or maybe it was the fact the vax were supposed to administered in single dose vials, so each race and age group could be targeted more effectively. (Tiberius.)

The sociopaths made mistakes; they were in a hurry, covering up old crimes with new crimes.

“You go to war with the army you have, not the army you might want or wish to have at a later time.” ― Donald Rumsfeld

Since it’s so easy to just print money, maybe they could stop the lethal injections???  Or, at least, compensate the victims and their families???

Thanks for the reminder of the quote from Donald Rumsfeld:

“You go to war with the army you have, not the army you might want or wish to have at a later time.” ― Donald Rumsfeld

And Remdesivir is the most deadly “cure” injection of them all for C19 treatment.  A product of Gilead Sciences.  Donald Rumsfeld was on the board of that company, after serving as CEO of G.D. Searle.

US President Donald Trump revealed Friday that Gilead Sciences’ antiviral drug remdesivir has been cleared by the Food and Drug Administration (FDA) for the treatment of COVID-19.
According to Reuters, Gilead CEO Daniel O’Day called the FDA’s emergency authorization an “important first step” and pledged to donate “1 million vials of remdesivir.” US Vice President Mike Pence also said that 1 million vials of remdesivir will be distributed to hospitals starting Monday.

…according to former Secretary of State, Henry Kissinger he was “the most ruthless man I have known”. This is the full Rumsfeld heritage since the Military Actions to the pandemic challenge carried out by the Big Pharma Gilead managed by him for many years in close connections with the Pentagon’s DTRA agency and the CIA.

And if you dig a little deeper there are sketchy connections between Gilead, Rumsfeld, Anthrax vax, and Gulf War Syndrome.  It seems to never end.

Nothing is clean that Rumsfeld touched in my opinion.