99% of Gibraltar vaxxed and seeing a big rise in cases

Disabled my Adblocker and that site still wouldn’t load properly.

MsSmith, if you refresh the page and then hit the ‘X’ to stop the page completely loading, often this stops the ad blocker popup from being loaded and you can read the article. It worked for me on the page using Firefox.

Open this link in a new tab to see the image full size:

If you look at the most recent Reuters data you will find that the cases have dropped down to about 5 a day on Sep 3rd. 2500% sounds big but it’s also just an average of 40 cases/day, and tbh, may have come from a single event/buss of tourists etc.

I’d love a confirmation of the 99% vaccinated claim. I searched back through the official statements of the Gibraltar government as far as late May and didn’t find anything.

That’s the kind of documentation I’d need to take this to a vaxxer I know who doubts claims about vaxxed people having problems. He’s also certain any problems the vaxxed do have is the fault of the unvaxxed – ie he’s a perfect msm robot. He’d toss out the articles listed here because they’re from fringe sites, and he’d not take the Fynn-derella tweet as authoritative on its own.

I don’t blame him; I wouldn’t either if the shoe was on my foot. That’s why I went looking for the government’s own statements. At a certain point, though, I figure I’ve given enough time to doing homework. For me, there’s a need to check/confirm the basic assumption of 99% vaccination. Unable to confirm that base, I can’t and won’t build a case. It wouldn’t stand enemy fire.

In the Reuters data I posted above, they state:

“Gibraltar has administered at least 78,889 doses of COVID vaccines so far. Assuming every person needs 2 doses, that’s enough to have vaccinated about 117% of the country’s population.”

Thanks, that helps; I missed it on first read/scan. But it’s not confirmation of the number of people (% of population) actually vaccinated, as Reuters notes in the side bar box directly below the statistic on doses delivered.

There must exist some original basis, some document or official statement, to support the original claim of 99%. Or, it’s a made up statistic.

Maybe slate would be an acceptable source?

Cases in Gibraltor have risen but almost no deaths according to Worldometer. 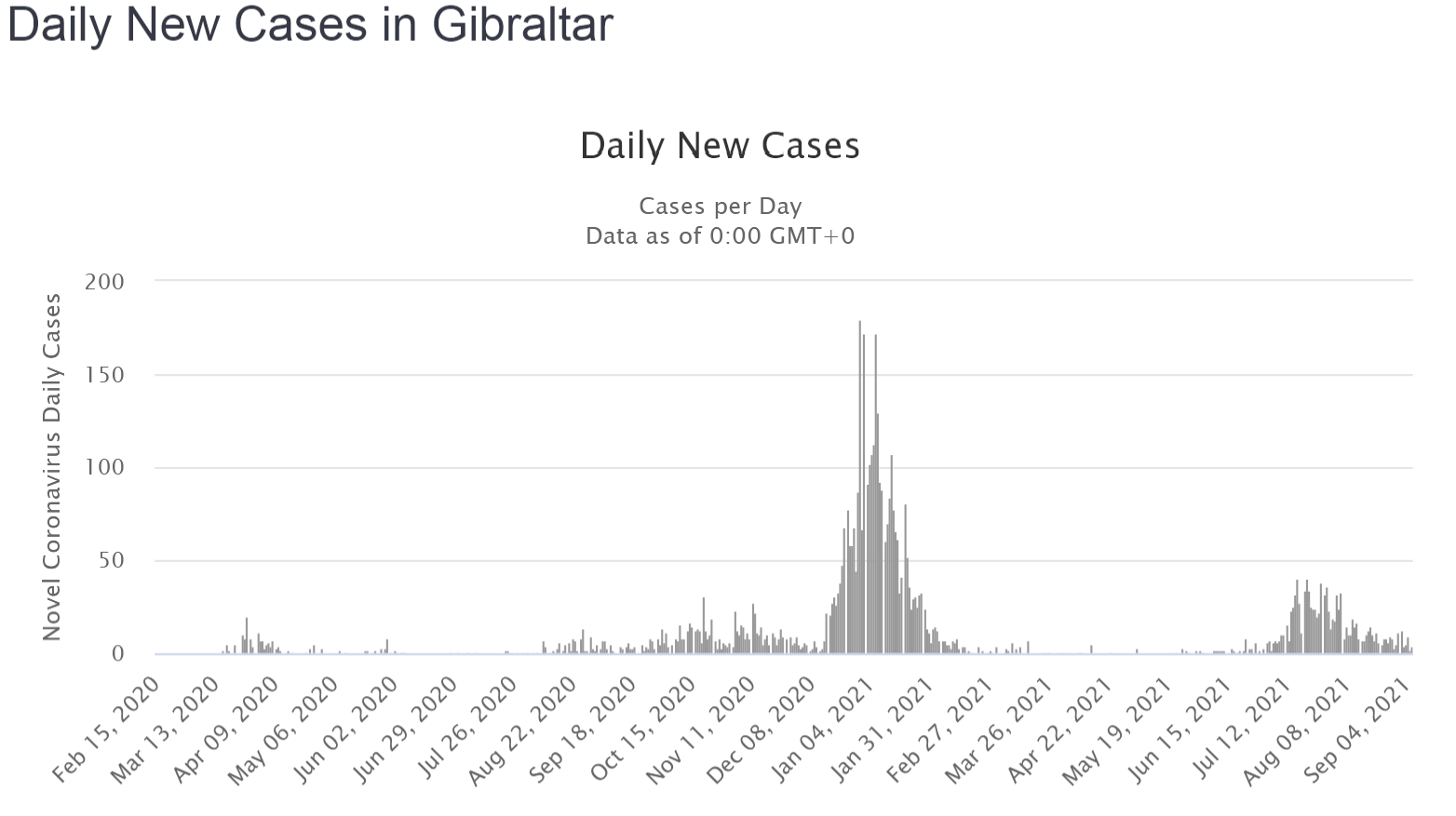 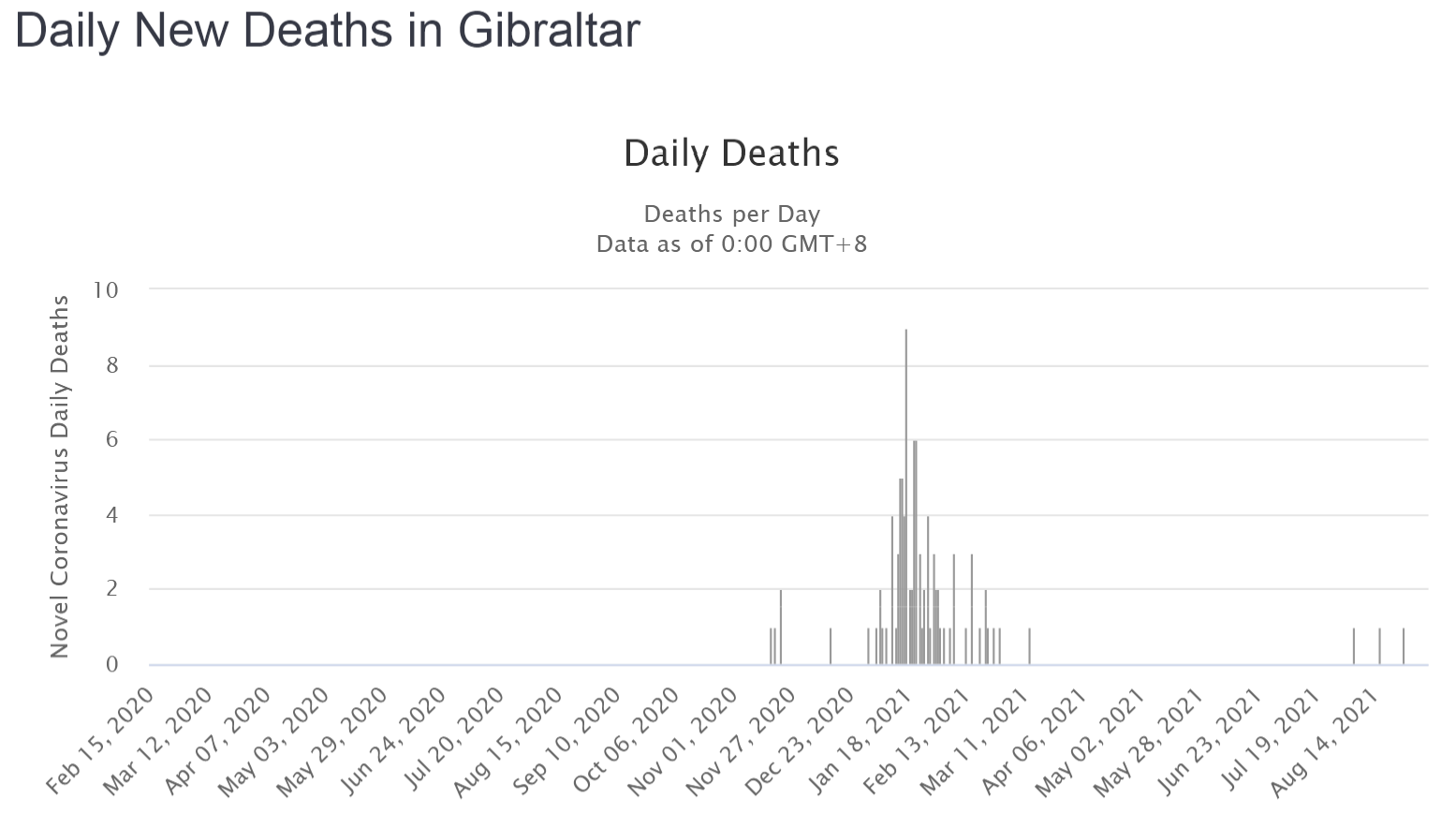 Israel is not so lucky.  That country is experiencing both a rise in cases and deaths.