Market commentator and money manager Bill Fleckenstein sat down for a recent interview with ChrisMartenson.com and excoriated the Fed and the monetary policy it’s pursuing. He and Chris discuss the factors that enabled Bill to be one of the first to accurately identify and warn of the housing and credit bubbles – and how history is now repeating itself via the profligate printing of US dollars. The interview covers a wide range of topics meaningful to the investor trying to make sense of where things are headed from here – including central banking culture, bubble psychology, high-frequency trading, inflation/deflation, and the true relative value of the dollar vs the Euro.

Click the play button below to listen to Chris’ interview with Bill Fleckenstein:

In this podcast, Bill sheds light on why:

In Part 2: Outlook for 2011 (for enrolled ChrisMartenson.com members – click here to enroll), Bill gets specific about what he predicts will happen in the bond and currency markets, as well as his specific outlook for 2011. 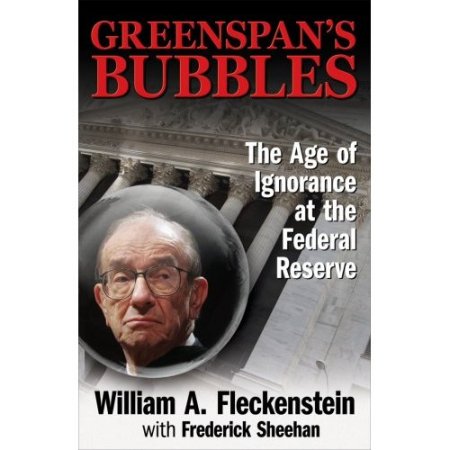 William Fleckenstein is author of Greenspan’s Bubbles: The Age of Ignorance at the Federal Reserve and the president of Seattle-based Fleckenstein Capital. He also writes a daily Market Rap column and a weekly Contrarian Chronicles column and has his own website. In 1980, he left the computer business to become a stockbroker. He founded a money-management firm in 1982, and has been bullish (and bearish) on almost every industry group, commodity, and asset class at one time or another during his investment career. His time horizon as an investor is long-term (three to five years).